TV is arguably the most impactful advertising channel, but Covid-19 has accelerated the shift to Connected TV beyond anyone’s expectations with 58% of Brits signing up to a new streaming service under lockdown. Patrick Morrell, Director of Strategic Publisher and TV Development at The Trade Desk looks at what the rise of CTV means for the future of the ad industry.

2020 was set to be the first year of the decade that would transform TV forever. No one, though, could have predicted the events that have accelerated that transformation beyond the industry’s wildest expectations.

But while the past few months have fast-tracked TV’s shift to digital, Connected TV (CTV) and streaming have been a long time in the making. The first building block was laid all the way back in 1997, with the founding of Netflix by two savvy marketing professionals in California.

Beginning life as a DVD rental service battling against Blockbuster’s reign, it was its leap of faith into online streaming, ten years later in 2007, that led the company to be the household name it is today.

A year later, Samsung launched the world’s first TV that could be connected to the internet – a concept that was initially slow to take off, but has rocketed into the mainstream in recent years. In fact, the latest data from Samsung shows that 5 million people in the UK have switched to a connected TV since 2016.

In January 2020, it seemed certain that the new decade would see CTV overtake linear. But the world-shattering impact of COVID-19 has accelerated the shift to CTV beyond anyone’s expectations. So, we gathered together experts from Samsung, Channel 4 and Omnicom to discuss the impact of the past few months on the CTV landscape and what it means for the future of the advertising industry…

Turning to TV under lockdown

At The Trade Desk, we recently conducted research which found that 58% of Brits have signed up to a new streaming service under lockdown. Similarly, Channel 4’s Digital Programmatic Lead Alex Wright noted that the channel has seen a significant increase in viewing on its All 4 platform, with Channel 4 having its best ever quarter, month and week in viewing in Q1 2020. Meanwhile, Andy Jones, Samsung’s Head of Agency Development, reported that there’s been a steady decline in the use of linear set-top boxes connections – down 20% from Q1 2019 to Q2 2020.

So, there’s no question that CTV has gone mainstream. But it’s just one channel – and plenty of others have gone digital before it – so why is this shift so notable? TV is arguably the most impactful advertising channel, and so brands tend to spend more on TV advertising than any other channel, making TV teams the powerhouse of any agency. In most cases, TV is also the starting point; a strong TV ad will often kick off an ad campaign and then inform the rest of the activity, with leftover budget and existing creative being directed towards other channels. That’s why, as TV changes, everything else will change too.

TV is the trojan horse of digital advertising. It is this channel that will take us from digital-second to digital-only, transforming the advertising industry forever. Smart brands will increasingly look to advertise exclusively across different digital channels where the consumer journey can be accurately mapped and understood. Harriet Perry, General Manager at Omnicom argues that “now is the time for agencies to learn about the potential of CTV, and shift from treating it as an ‘add on’ to including it as a key part of any omnichannel campaign”.

A solution to suit all

It seems some advertisers are already cognizant of the benefits of advertising through CTV. Alex Wright observed that “there’s increasing appetite from advertisers to access premium CTV inventory, as brands realise the powerful combination of appearing next to premium content, in an environment where consumers are highly engaged as well as having huge reach”.

And consumers aren’t just engaged with content on CTV, we’re also seeing a growing appetite for advertising – our recent research found that a significant one third of UK consumers would pay a maximum of just £10 per month on streaming subscriptions, which amounts to a maximum of one or two services.

While streaming has been a top form of entertainment for many consumers under lockdown, there remains a limit on how much they’re willing to pay to access these services. So, how can the industry meet the consumer desire for varied, premium content, without a hefty price tag? The obvious solution is advertising-funded streaming (AVOD).

AVOD gives consumers the content they want with the freedom to choose when to watch it, without having to pay for access. And our research suggests consumers are open to this, with seven in ten reporting a preference for seeing more relevant advertising over paying to watch more TV. Andy Jones believes that there’s a huge opportunity for such services as consumers seek new content while retaining a clear sense of not wanting more than a couple of subscriptions. Ads will enable streaming services the freedom to serve audiences with premium content, for low or no cost; It’s a win-win-win for advertisers, platforms and consumers alike.

As Harriet Perry astutely noted, now is the time to ‘lean in and learn’. While there’s no question about the opportunity that CTV presents for advertisers, we’re by no means at the end of the journey. Across the ecosystem – from agency, to tech partner to hardware provider to TV publisher, we need to work closely together to optimise this exciting channel and make it work well for everyone.

While plenty of uncertainty lies ahead, there’s one thing we can all agree on – we’re entering the golden age of Connected television. 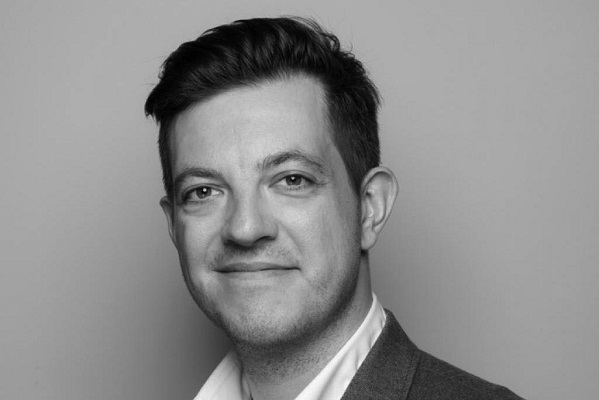